Regain Control and Securely Collaborate with Nextcloud and Storj 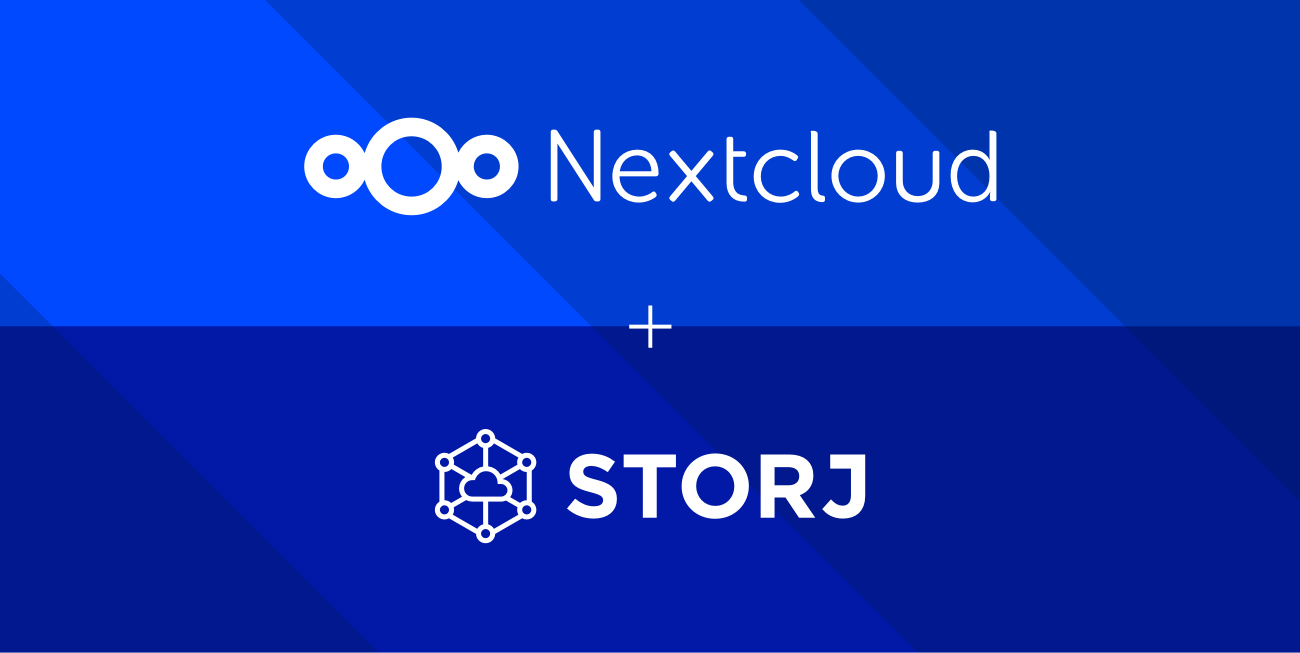 The integration of Nextcloud and Storj gives individuals and enterprises the most secure and performant next-gen data storage. Nextcloud has built a user-facing productivity suite where teams can collaborate on documents, manage calendars, make calls, and add any of the hundreds of different apps to their individual productivity suite.

“We built Nextcloud because we did not like the idea of all your data being stored at one of the six main players in the world,” said Jos Poortvliet, head of marketing at Nextcloud. “Innovation doesn't work if a couple of companies have a stranglehold on the market.”

Nextcloud follows a traditional web client-server model, and users control their own instance in a corporate or personal network. Nextcloud enables developers to build applications that plug into its platform. Because Nextcloud is open-source and includes an app store, developers can easily extend Nextcloud and integrate other services into it. And that’s what Storj developer, Erik van Velzen, did.

Van Velzen developed the external storage app, while Nextcloud developer Maxence Lange developed the backup app. Van Velzen and Lange aligned functionality so both apps integrated with each other. The backup app saves your Nextcloud backups to Storj DCS for fast and immutable storage. The external storage app enables you to add a Storj DCS folder which saves all data in that folder on the Storj DCS network for extra security and privacy at flat and predictable pricing. Both apps are simple for an existing Nextcloud user to install, activate and configure. Watch how to install them on your Nextcloud instance.

Nextcloud and Storj DCS are solid, mature, and stable open-source codebases that provide ease of implementation with the documentation, tools and APIs to quickly build apps connecting Storj DCS to the Nextcloud platform.