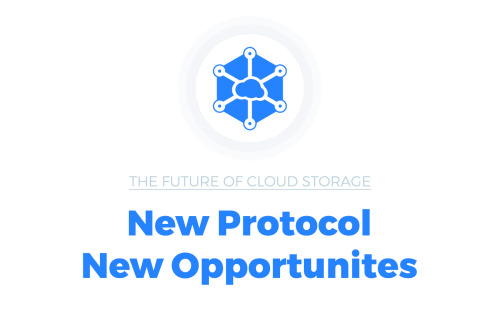 Three years ago we won a hackathon, threw together a website, and set out to change the way the world interacts with data. Since then we’ve accomplished much of our original vision. Supported by our community, we’ve built a decentralized storage network of thousands of farmers, expanding further everyday. We’ve grown to employ over a dozen people, opened a second office, and learned a lot of hard lessons along the way to building the world’s largest distributed cloud storage platform. Now, we can take a deep breath and consider the future of Storj over the next three years.

Cloud storage is broken. Excessive centralization has created systemic problems and a large portion of the world’s data is now subject to the risk of the “Big Three” (AWS, Microsoft Azure, and Google Cloud Platforms). Cloud storage is not private. The “cloud” is just a collection of other people’s computers and more often than not, the data stored on these services is not encrypted and is routinely hacked.

We are passionate about decentralization, and we love free and open-source software. Our mission is to rethink cloud storage, to provide the security, privacy, and transparency it’s missing. That's why we have built an open-source, distributed cloud platform that aims to fundamentally change the way people and devices own data.

Three weeks ago we announced our migration from Counterparty to the Ethereum platform. When we first considered making the move, we were primarily concerned with providing an improved user experience via access to better wallets and tools. As we explored the idea, we realized that Ethereum’s smart contracts and other advanced features could be used to shore up our weaknesses and augment our strengths. Today we’d like to talk a bit about our plans for the future of Storj.

We would like to thank you for your support over the past few years. You’ve helped us take this crazy idea and turn it into the world’s largest distributed cloud storage network. We’ve come a long way together, and we are excited to continue on this journey with you!

What You Need to Know About Data Privacy Regulations

A Zero Trust, Decentralized Architecture is the Future of Security—an IDC Analyst Brief