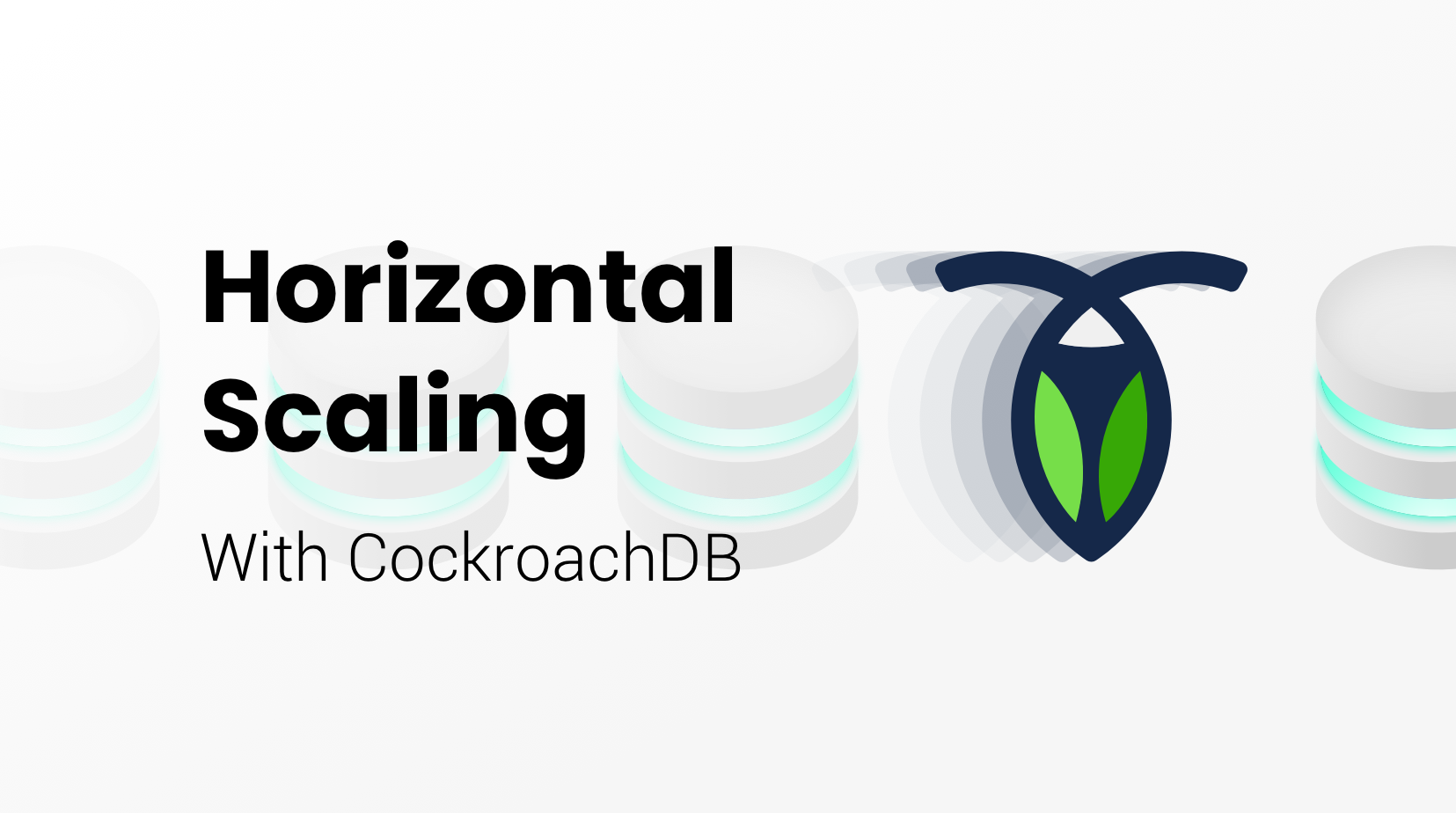 Here at Storj Labs we just migrated our production databases from PostgreSQL to CockroachDB. We want to share why we did this and what our experience was.

TL;DR Our experience has convinced us that CockroachDB is the best horizontally scalable database choice in 2020.

Why use a horizontally scalable database in the first place?

Our top goal at Storj is to run the largest, most secure, decentralized, and distributed cloud storage platform. Our cloud storage holds its own against AWS S3 and Google Cloud Storage in performance and durability and also goes further by improving reliability since it's fully distributed. In order to compete on the same scale as the big cloud providers it's crucial we can scale our infrastructure. One of the ways we are doing this is by using a horizontally scalable database. To meet our first goal of storing an exabyte of data on the Storj network, the current architecture will store over 90 PBs of file metadata. Additionally, it's vital that the Storj Network can withstand multi-region failures and still keep the network up and the data available. All of this is made relatively easy with CockroachDB!

What about other horizontally scalable databases?

We considered a number of different horizontally scalable databases, but for our needs, CockroachDB consistently came out on top.

When considering a database that will horizontally scale there are three main categories of options:

Before the 2000s there weren't any horizontally scaling database options. The only way to scale a database was to manually shard it yourself. Which is typically very tedious and kind of a nightmare. For example, it took Google over two years to shard some of their MySQL instances1. Quite the undertaking! No wonder Google came up with the first "NewSQL" horizontally scalable relational database, Spanner.

In the early 2000s, NoSQL became all the rage since they were the first horizontally scaling options. However, NoSQL has some tradeoffs, mainly weaker consistency guarantees, and no relational models. And here we are in the 2020s, finally what we always wanted, which is the rise of the strongly consistent, relational, horizontally scaling database.

Here is our process for getting CockroachDB running up with our application:

One of the first parts of integrating with CockroachDB was to make sure all of our existing SQL was compatible. We were already backed by Postgres and CockroachDB is Postgresql wire protocol compatible, so we simply replaced the Postgres connection string with a CockroachDB connection URL and observed what broke. At the time (around v19.2-ish) there turned out to be quite a few PostgreSQL things that weren't supported. Here's a list of some of the highlights:

Due to some of these unsupported Postgres features, we had to rewrite our migrations. Additionally, when we needed to change a primary key this resulted in a more tedious migration strategy where you create a new table with the new primary key then migrate all the data over to it and drop the old table.

While this process to make our SQL compatible was a bit more tedious than I had hoped, it ended up taking about a month of full-time developer time, I still feel like it was much easier than migrating over to spanner or another database without postgres compatibility.  Additionally since then, now in CockroachDB v20.1, many compatible issues have been resolved. CockroachDB is under fast development and is constantly listening to feedback from end-users and adding features per requests.

Once we had all the compatible SQL in place and all our unit tests passed, we then deployed to a production-like environment for some end-to-end testing and performance and load testing. Out of the box some things were faster than GCP CloudSQL Postgres, while some things were a teeny bit slower.

One of the database access patterns we use is an ordered iterator, where we need to walk over every record in the database and perform some processing on each row. In our largest database with over six million rows, this iteration was getting very slow with CloudSQL Postgres database, taking about 13 hours, which was way too long. After we migrated to CockroachDB, processing every row in order was down to two hours!

Additionally, we wrote a smaller script that emulated our production iterator access patterns, but in a more isolated coding environment and got the following results when performing processing on each row in order. CockroachDB was much faster. We think there are a few reasons for this improved performance, one being the data in the CockroachDB cluster is split across many nodes and therefore increases read throughput.

Another awesome feature of CockroachDB is prefix compression. CockroachDB data is stored in sorted order by the primary key and any prefix shared with the previous record is dropped2. This saved a lot more space than we expected. While the data stored in CockroachDB is replicated three times (by default), the additional bytes on disk was just a little over two times Postgres since the prefix compression saved quite a bit of space.

While end-to-end testing, there were three main issues we encountered:

We experienced much more transaction contention with CockroachDB and therefore aborted transactions and also slower performance with some of our database access patterns. The following changes greatly improved these issues:

We encountered some unusual behaviors where we had long-running queries taking over two hours sometimes.