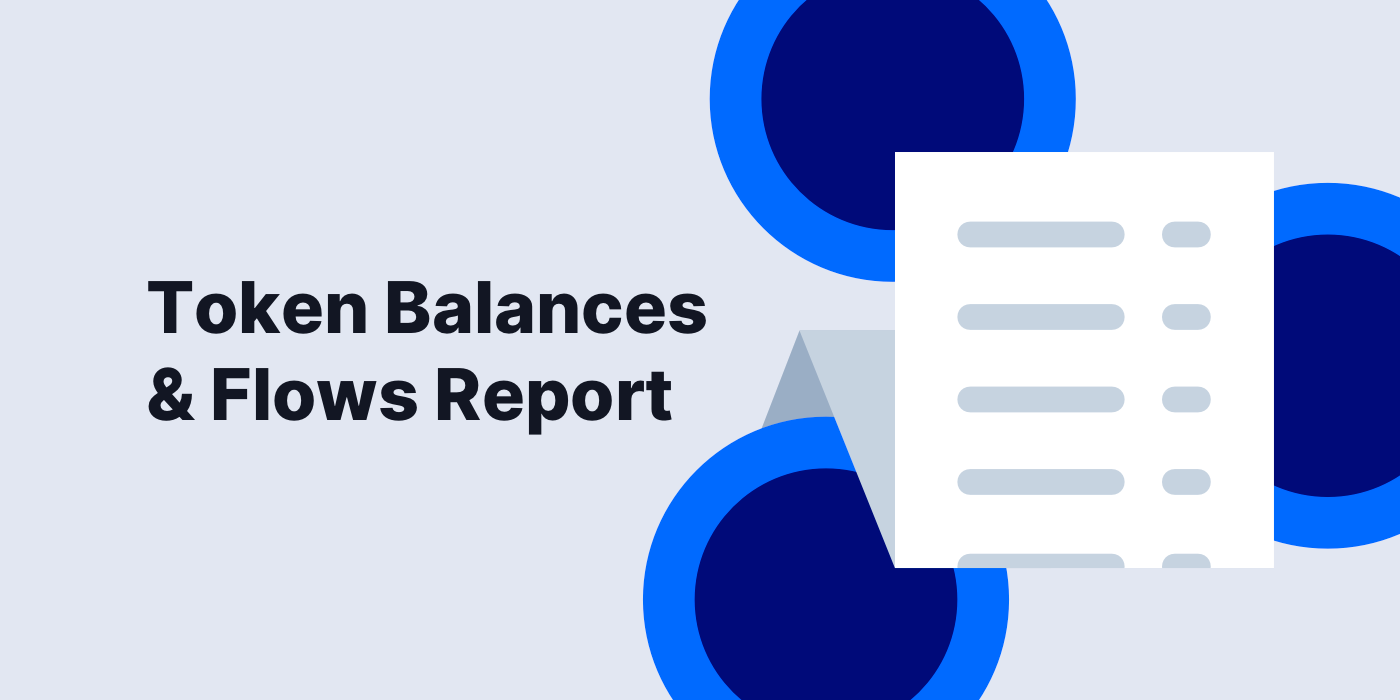 The STORJ token is an integral part of our decentralized cloud storage network. STORJ tokens are a quick and easy way to transfer value between those who provide storage capacity and bandwidth to the network, and those who use the network to store and retrieve data. Our quarterly token reports give details on the balances and flows of STORJ tokens in the preceding quarter. We deliver a summary of these reports, along with updates on the business and network, in our quarterly town hall meetings that are posted online.

Our first token report was published in December 2018, and we have published quarterly reports ever since, all of which are available on our blog. We are pleased now to publish this quarterly STORJ token report for Q2 2021.

The information that is in this report can be recreated directly from the Ethereum blockchain, but we compile it here for the convenience of our community. We present the token flows in these blog posts to provide a clear and transparent resource to all. Just as we make our code and other materials publicly available, we make our token balances and flows open and accessible.

As with all of our quarterly token reports, we are providing an update not just on token flows but also on the tokens we hold in long term lock ups. In 2017, following our token sale, we divided 245M STORJ tokens and placed them in a six-month lockup. As we described in a blog post in December 2017, at the end of that six months we divided the tokens into eight different tranches of 30.625M tokens each and gave them lock expiration dates spaced one quarter apart over eight successive quarters, setting a cryptographically enforced maximum on the number of tokens that could be unlocked or put into circulation in any given quarter over the next two years. We committed to a 90-day advance notice period for Storj to announce if there would be any changes to our unlocking and relocking. As reported in 2020, the STORJ tokens in the tranche that unlocked at the end of Q3 of 2020 were put into operational reserves. The subsequent tranche was relocked to preserve the pattern of one tranche unlocking every quarter. We now, therefore, have seven cryptographically locked rolling tranches that limit the ability of Storj to impact the circulating supply, providing transparency and predictability to the ecosystem.

Should the company decide to remove a tranche from the lockups, we will notify the public in our quarterly report or separately in a blog post at least sixty days before a tranche is scheduled to be relocked. Currently, we do not plan to take any of the tranches out of the lock up schedule this year, but reserve the right to do so if conditions warrant, and will provide at least 60 days advance notice.

The following are some highlights from the table below detailing token flows in the quarter ending June 30, 2021:

a) 214.4M STORJ were in rolling time-locked contracts as of the end of Q2 ‘21, as reflected in rows 1-3. As previously discussed, we initially relocked 100% of our time-locked tokens every six months. Subsequently we divided the timelock reserve into equal-sized tranches of 30.6M tokens that unlocked in successive quarters. In 2020, one of those tranches was taken out of the lock ups, leaving seven equal-sized tranches of 30.6M tokens. To illustrate the regular schedule for relocking, the tranche that unlocked in Q1 of 2021 was relocked to Q1 of 2023, and the tranche that unlocked in Q2 of 2021 will be relocked to Q2 of 2023, and so on. Each of the tranches has been assigned alphabetical letters (A-F, and H, with G representing the tranche that was removed in 2020). Each of the tranches has its own address, as shown in the second table below.

c) Rows 8-17 show operating supply at the beginning of the quarter, transfers of STORJ tokens in and out of the operating supply during the quarter, and the operating supply held by Storj at the end of the quarter. 19M STORJ tokens were held in operational reserves by Storj at the end of March 2021 (row 8). During Q2, we used 4.2M STORJ tokens: .2M to pay Node Operators (row 9), .3M to pay service providers (row 11), and 3.1M to pay early investors who were involved with the company prior to the 2017 token sale as reported in December (row 14). At this point, we do not anticipate the need to make any further such payments to early investors. Another .6M tokens were used to pay Storj team members (row 13). This activity left a total of 14.8M STORJ in our operational reserves (row 17).

d) There were 233.4M STORJ in circulation at the end of March 2021 (row 19). In Q2 2021, 4.2M were put into circulation from Storj’s operating supply, making the total circulating supply approximately 195.8M STORJ at the end of Q2 (row 19), with another 14.8M in operational and non-time-locked reserves held by Storj (row 17). The bulk of the operational reserves are held in a cold wallet.

In May of 2017, Storj Labs International SEZC (formerly Storj Labs (BVI) Ltd), a wholly-owned subsidiary of Storj Labs Inc., conducted a public token sale. As a reminder, we intend to provide a quarterly update on the business and network through our regular town hall meeting. It’s our intention to continue producing this token report on a quarterly basis. This report has been independently verified.

Our approach to using time locked tokens to support long-term sustainability was first described on a blog post in December 2018. While the specifics have changed slightly, including reducing our notice period from ninety days to sixty days for any decision to remove a tranche from the lock ups, the approach remains the same: cryptographically locked tokens in a rolling time lock that we report on quarterly to ensure transparency and predictability in our ecosystem. This also furthers our decentralization goals by reducing the ability of Storj Labs to change the supply in the short to medium term.

We have a quarterly bonus program for Storj Labs team employees based on company milestones defined by management. We also have a voluntary program to allow employees to take a portion of their salary in STORJ token. Finally, we have various spot bonus programs from time to time. We track all of these programs in line 13, along with payments to international team members engaged through employers of record.

Line 14, “Other,” is reserved to report activity that doesn’t fall into any of the other categories, including, for example, non-routine payments to service providers.

*Prior to 2021, we used numbers to label the time locked tranches but switched to letters to make it easier to track the tranches if any particular tranche is not relocked  As reported in the quarterly token reports from 2020, Tranche G was not relocked, and therefore the number of tranches was reduced from 8 to 7.