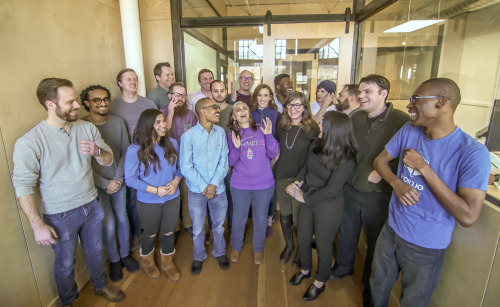 Over the course of my career, I’ve had the unique privilege of working for six startups, three as CEO. While there are no guarantees in the startup world, there are few things as exciting and powerful as a talented team working on a compelling and disruptive solution that solves big, important problems at a time when multiple trends depend on those problems being solved.

Storj Labs meets all of these criteria and more, which is why I am excited to say that I will be joining their incredible team and community as Executive Chairman and interim CEO.

It’s clear to many that we are on the cusp of a major new shift in computing, driven by a fully decentralized internet and by new, decentralized models of trust and security, powered by blockchains and distributed ledgers. When I first talked with Storj, I was intrigued by the team, and by the fact that they had already built a robust platform and passionate community to provide the storage layer for this new, decentralized internet, as well as developers that wanted to use this new layer. Put briefly, Storj Labs is a decentralized cloud storage provider. Rather than own its own data center, like centralized cloud storage platforms, Storj Labs works with individuals and organizations (called “farmers”) who rent their excess hard drive capacity. This capacity is utilized and paid for by users in need of object storage. For a broad and growing set of use cases, the resulting network is more secure, reliable, economical and private than traditional centralized cloud storage platforms. As the network scales, it generates compelling economics for users, for farmers, for partners, and for Storj Labs itself. In conjunction with partners, we are making decentralized storage part of a broader decentralized stack for distributed applications by acting as a base layer storage infrastructure. While Storj Labs is still in the early stages, it is already providing secure, reliable, performant storage for over 60 petabytes of data from 10s of thousands of users on a network of 150,000 decentralized storage nodes run by 10s of thousands of farmers in over 200 countries and territories worldwide