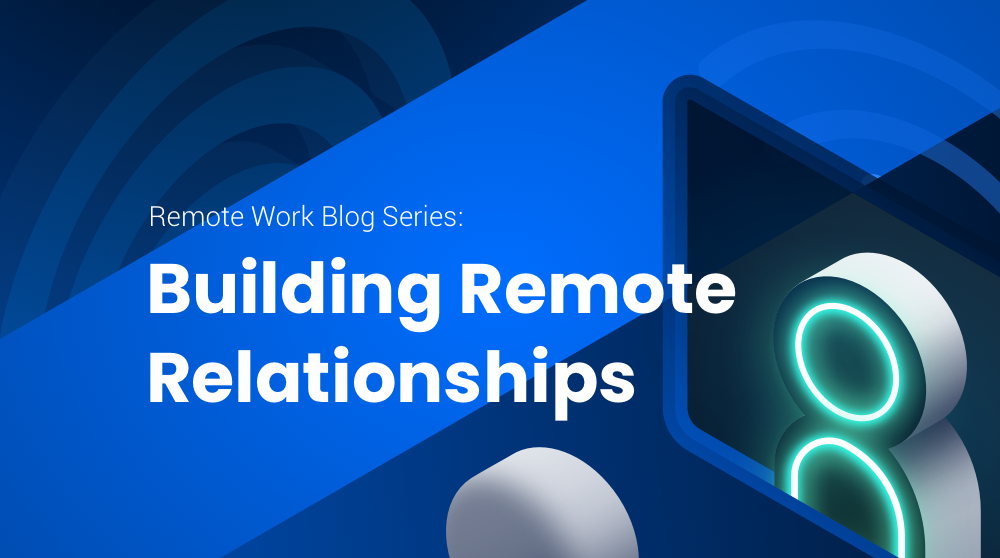 Storj Labs decided early on that Tardigrade.io, the leading globally-distributed cloud storage platform should be built by an equally distributed team. As a result, Storj now has workers spread across 24 cities in 13 countries. While we definitely know a thing or two about effectively managing remote teams, it doesn't come without its challenges. Despite remote work becoming more popular and widely adopted—especially in a post-COVID-19 world—there are significant trade-offs, both for the company and the employee.

In Buffer's 2019 State Of Remote Work report, loneliness and collaboration ranked among the top three struggles for remote workers. This seems like a no-brainer, right? The basic definition of "remote" refers to faraway isolation, so feelings of alienation are expected. Regardless, the research and data on interpersonal connection at work are widespread and abundant—see here, here, and here—and it all comes to the same conclusion: social interaction is a key contributor to overall well-being, which directly impacts employee engagement and productivity.

While remote work can never perfectly simulate in-office life, it's important for companies to be intentional about making remote work feel less, well, remote. Many companies—Storj included—host a few company retreats each year in which all employees are brought together for face-to-face collaborative work and recreation. While these retreats are powerful and invigorating, they can't be expected to make up for the other 48+ weeks of isolation.

A great place to start is to simply make video conferencing the consistent norm for your team. This won't replace email or chat-based communication, but defaulting to more face-to-face interaction, albeit mediated, can break up the isolation and create opportunities for connection and casual conversation. While it might be difficult to enforce as a policy, perhaps try to make an unspoken rule of taking the first few minutes of a meeting to chit chat with your colleagues. As always, be respectful of time, but don't take an opportunity to laugh and unwind for granted. It's striking to see just how much of a pick-me-up a light-hearted conversation can be.

With all this being said, it's important to remember that video meetings feel very different than in-person meetings and can have some unintentional effects. As such, it's well worth your time to observe and gauge the effectiveness of your remote meetings and adjust accordingly.

When it comes down to it, setting aside a specific time to connect with other remote colleagues is one of the better things to do. Whereas in-office life is replete with opportunities to chat and recreate with co-workers, remote work easily creates an environment of "all hands on keyboard, all the time." Intentionally blocking off time to set projects aside and socialize is a great way to boost this necessary interaction. Due to the direct impact on employee satisfaction and overall productivity, it would be wise for leadership at the highest levels to proactively support and encourage such e-gatherings.

Right now you're probably saying "OK, but what should we actually do during those times?" The ultimate goal is to provide several opportunities each week for people to connect, not impose more demands on them. As such, prioritize low friction over perfect attendance.

Here are a few suggestions:

Storj Labs has recently rolled out a weekly "Storjlings Social Hour" on Friday afternoons. There is nothing structured or formulated during these meetings -- people simply show up and enjoy the chat! There isn't anything sacred about holding these meetings on Friday, so do what works best for your team. For example, you might find out that people would prefer to have a mid-week get-together to get them over the hump and finish the week strong. There's also no reason to not hold multiple social hours throughout the week.

You'll find that sometimes you and others might contribute significantly to the conversation, while at other times you keep on mute and just enjoy the banter. Regardless of the participation level, the underlying idea is to set projects aside for a bit and enjoy the respite. For many, cheerful voices and the opportunity to laugh are deeply therapeutic and rejuvenating. Though our Social Hours are actually only a half-hour long, the spike in energy they offer is incredible.

One idea that's worth trying is having a video conference meeting in the calendar that's open all day. Instead of a dedicated time slot for people to gather, the "water cooler conference" provides an opportunity for folks to pop in at random times of the day when they need a moment to rest their brains. If you're wanting to mimic the spontaneity of in-office chit-chat and respite, this is a great option.

While it might add an extra step, it could be worth creating a Slack (or another chat program) channel to alert when folks are at the water cooler. In a similar fashion, Storj has a channel called #weasley-clock to alert the team when someone is stepping away from their computer to grab lunch or run an errand. As such, a water cooler channel wouldn't be a stretch since such open and transparent communication is central to our culture.

The appropriateness of playing games at work is still a matter for debate, but a host of research and data shows games are great for relieving stress and building camaraderie. Any executive would agree managing stress loads and increasing cohesion among employees are great objectives for the company; not only are they good for employee satisfaction and morale, but they can also have a direct impact on productivity (read: the bottom line). As such, why not break down some of the traditional assumptions about work and make things a bit more jovial?

The internet provides ample opportunities to play games with people all over the world. Some obvious examples are the online multiplayer functionality through the leading game consoles in addition to popular PC-based services like Steam and Stadia. You can also play several classic board games online as well. While these are great options, they require everyone to own the same consoles, software, and games. As such, these methods won't serve as universal options for everyone. Luckily, there's another option.

It has become much easier (and popular) to play games through video conference tools. In fact, some video chat programs like Houseparty come with built-in games! Because these tools provide a face-to-face element, party games are often the most common. Jackbox, for instance, offers a selection of "party packs" that each contain a suite of fun and engaging games. There are also some great digital escape rooms like this one for Harry Potter fans, and the Random Trivia Generator has become a go-to for trivia lovers.

There are so many different options available for folks who want to connect with others through online games. As with anything, it comes with some trial and error and the occasional technical difficulty. While any video conference tool would work just fine, Zoom's screen and audio sharing capabilities are a bit more optimized for video games. Also, don't forget that you're not confined to video or web-based games. Since everyone has a camera and mic, "in-person" party games like charades are possible as well. Some (brave) folks have even hosted karaoke and talent shows! The options are endless.

As stated before, the main goal here is to increase employee satisfaction and engagement by providing remote workers with opportunities to connect and build relationships with one another. However, it's important to remember games and social hours aren't enough on their own. Instead, they should be supplemental actions woven into a greater culture of engagement and inclusion. While it's always good to start somewhere, we encourage businesses and leaders to focus primarily on building a firm foundation of transparent communication, employee empowerment, and purpose.

Storj Labs is excited about the future of work, specifically the increased adoption of remote teams. We're also excited about tearing down walls and barriers at work that hinder people from building impactful and fulfilling relationships. We would love to hear what your team is doing to bring your teams closer together.

This blog is a part of a series on remote work. In this series, we share examples of how we address remote work at Storj Labs, where the majority of our team works remotely. To view the rest of the blogs in this series, visit: https://storj.io/blog/categories/remote-work.